20 Reasons Why LA County Is Great for Business 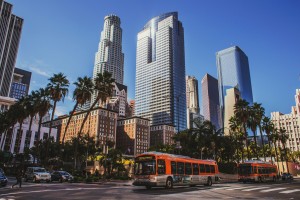 What are the top ten reasons for doing business in LA County?

With the help of the LA County Economic Development Corporation, here are 20 great reasons to start and run a business right here in Los Angeles County:

The area is a large market in its own right, and it is still growing. There are 17.9 million residents in the five-county area, and nearly 10 million in Los Angeles County. The population increases between 2000 and 2010 were 1.5 million and 283,087 respectively. Census Bureau projections to 2025 indicate significant additional growth. In addition, there is quick access to markets in San Diego and Northern California, as well as Arizona and Nevada.

The labor force in the 5-county area numbers more than 8.8 million, and a significant percentage has a bachelor’s degree or more. If your business has special training needs, the Workforce Investment Boards, community colleges, or the State Employment Training Panel can literally train workers to your order.

There are six commercial airports in the area, three seaports plus the freeways and service by two rail carriers. The ports of Los Angeles and Long Beach are numbers one and two in the nation in terms of container traffic handled, while LAX ranks 13th among the airports of the world in cargo traffic handled. LAX is served by 43 international carriers and all major freight lines

4. A leader in international trade activities