Are Property Taxes Going Up for Small Businesses? 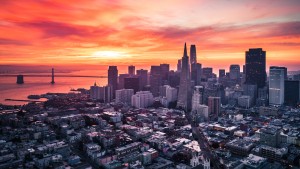 According to the Modesto Bee, Los Angeles Mayor Eric Garcetti on Wednesday announced he’s backing a campaign to raise taxes on business properties in California, joining powerful unions in supporting a proposal that would raise money for schools and local governments. The proposed ballot measure would change the state’s 1978 law known as Proposition 13, which limited property taxes by basing them on value at purchase, as opposed to current assessed value.

The so-called split roll proposal Garcetti is backing would undo that protection for business properties worth more than $3 million and instead tax them on current value. Garcetti says the proposal has appropriate exemptions to protect homeowners and small businesses from tax hikes. The Legislative Analyst’s Office estimates it would generate $7.5 billion to $12 billion each year.

“I am proud to strongly support the Schools & Communities First campaign, which prioritizes our kids and communities over corporate tax loopholes,” he said in a written statement released by the campaign. “It’s time we had the resources needed to invest in thriving schools, safe neighborhoods and vital local services that benefit all Californians.”

Business groups have come out swinging against the proposal, which they argue doesn’t protect small businesses and will force them to raise costs.

“The split roll property tax measure will be a sledgehammer to brick and mortar retail and will harm working families across California as it will drive up costs for the goods and services we buy every day,” California Retailers Association President Rachel Michelin said in a written statement last month. “This measure will make our state even more unaffordable and hurt all Californians.”

Under the measure, local governments would split their tax rolls between those taxed on current value and those still taxed on purchase value. The measure would delay implementation for properties primarily rented out to small businesses and end taxes on personal property, such as equipment and furniture, for businesses with fewer than 50 employees to insulate them from rising costs.

Garcetti joins Oakland Mayor Libby Schaaf and Stockton Mayor Michael Tubbs in supporting the initiative, according to the campaign. The Service Employees International Union and the California Teachers Association are among the proposal’s biggest proponents. A handful of Democratic candidates courting support from those unions have also backed the campaign, which is currently gathering signatures to qualify for the November 2020 ballot.

About the Author: Business Finance Capital