Local Pride: LA is the Largest U.S. City To Include LGBTQ Businesses In Contracts 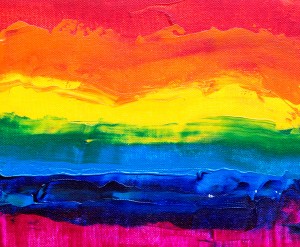 According to a recent article by Forbes, the City of Los Angeles has joined Orlando, Nashville and Baltimore in formally including businesses owned by members of the lesbian, gay, bisexual, transgender and queer community in the contract process. It’s a move involving billions of dollars.

The policy, which was approved by the city, not only gives LGBTQ businesses opportunities in contracting and procurement, but also for capacity building and educational programs from small businesses. And L.A. is now the nation’s largest municipality, in terms of both population and economy, to do so.

“California has a legacy of leadership in promoting inclusivity at every level of public life,” said National LGBT Chamber of Commerce co-founder & president Justin Nelson in a statement. “Now, history has been made here in Los Angeles, and this victory for inclusivity has once again proved our core values that ‘diversity is good for business’ and that ‘if you can buy it, a certified LGBT-owned business can supply it.’”

Similar contracts in L.A. have amounted to as much as $8 billion across about 40 departments, according to reports cited by CNBC. Nationally, LGBTQ-owned businesses contribute $1.7 trillion to the U.S. economy, create more than 33,000 jobs, and generate an average revenue of $2,475,642. That’s according to the NGLCC.