Will AB5 Affect Your Small Business? 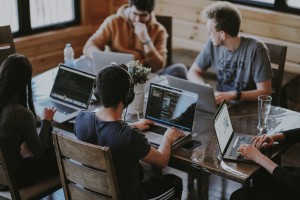 The change is set to affect millions of workers, as it’s estimated in California, 1.6 million people have freelancer businesses as their full-time work. As for business owners, they will be fined if they continue hiring freelancers without actually hiring them as employees (there are many exceptions to this, depending on business type, etc.)

According to the LA Times, California’s bill is arguably the strongest of its kind in the nation, giving the state and cities the right to file suit against companies over misclassification, overriding the arbitration agreements that many businesses use to shield themselves from worker complaints. The new law’s supporters point to audits conducted by state employment officials that found almost 500,000 workers were wrongly treated as independent contractors. Much of the early legislative debate on the bill centered on low-wage sectors of the California economy.

“As one of the strongest economies in the world, California is now setting the global standard for worker protections for other states and countries to follow,” Assemblywoman Lorena Gonzalez (D-San Diego), the author of AB 5, said in a written statement.

Not all businesses are on board yet, though. Many feel the law chokeholds the “gig economy”, forcing freelancers to leave the state to continue operating their independent businesses. On the flip side, proponents of the bill argue that AB5 is necessary to keep businesses from taking advantage of misclassified workers. Either way, the ramifications are huge to big and small businesses throughout California.

Most of the time, it’s clear and obvious whether a particular worker is an employee or an independent contractor.  For example, any salaried worker would be considered employed by the business that pays their salary.  Further, most hourly workers are also considered traditional employees.  However, this determination isn’t always easy.

To establish some legal parameters for the “employee vs. contractor” determination, California courts have decided to adopt the ABC test.  Under this test, every worker is considered a traditional employee until they can prove that:

Basically, all workers in the state of California are considered traditional employees until all three criteria are satisfied.  For business owners, it’s possible that a worker is considered an employee in terms of employment law, but an independent contractor for tax purposes.  Any questions ought to be handled by an attorney. Businesses that misclassify workers are subject to fines, back payments, even litigation is possible if businesses don’t comply.

For much more about AB 5 and what it means for your small business, visit HERE.

About the Author: Business Finance Capital